Well the weather is still getting warmer, and today the temperature on the thermometer reached in the shade.

I hadn't realised it, but the last time I visited my local patch was a week ago. So I am happy to say that my highlight of the day was the long-staying male Lesser Whitethroat at Church Ope Cove. He is still singing away, but I haven't a clue as to whether he has a mate!!

Just to be different I'm going add a few extra comments to the images, which will be in the order I photographed them along my walk. There is always so much to see and photograph, that hopefully this will negate writing war and peace in this top section here, and then repeating myself with the same narrative alongside the images. 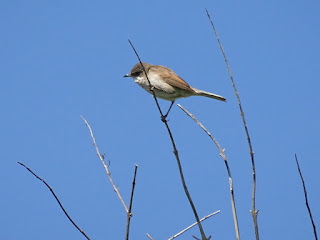 From the Old Quarry Lane Here in Wakeham, I headed to the old Easton Railway Cutting where there were two male Common Whitethroats singing away at opposite ends.

Just a few bars of a Common Whitethroat singing. 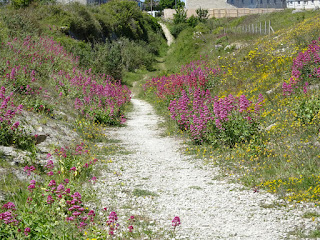 Along the Cuttings were quite a few butterflies. 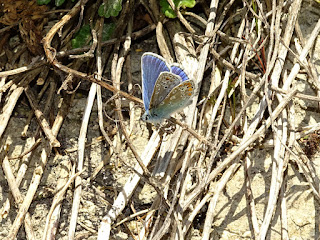 There were a few Common Blues. 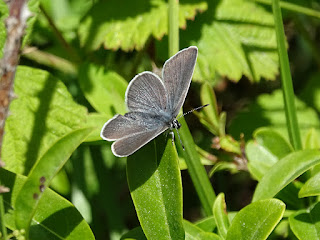 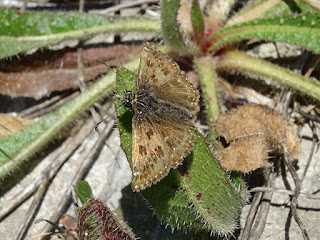 And a couple of Dingy Skippers. 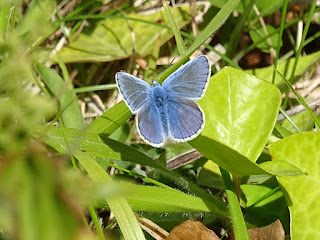 Next stop was Perryfields Butterfly Reserve, where there was this lone Common Blue and 3 Swifts passing overhead. 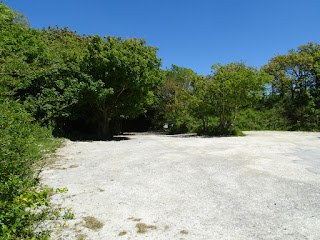 From the reserve I cut through a very quiet Church Ope car park, which has been shut for several weeks now, due to the Pandemic. To the north of the car park up to the Wakeham Railway Cuttings there were at 3 male Blackcaps singing 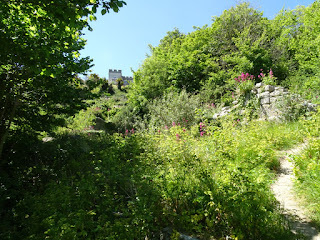 From the car park I headed down through Penns Wood to the grounds of St Andrew's Church. On the edge of the tree line a male Blackcap was singing away, whilst in the grounds were......... 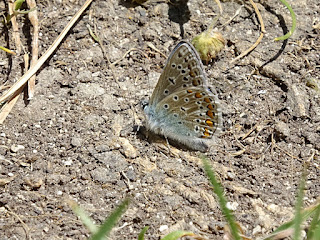 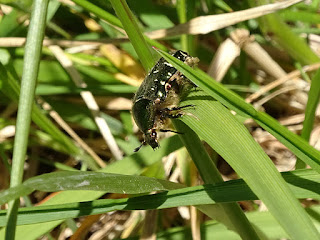 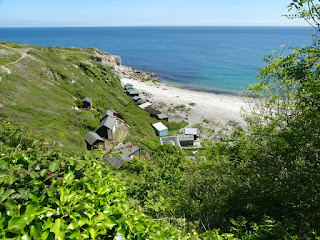 A very scenic view of Church Ope Cove, where on the south facing slopes the male Lesser Whitethroat is still present. At the back of the cove there was another male Blackcap singing. 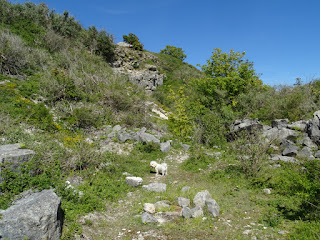 Having walked around the cove and Penn's Weare, I made my way up the steps to Rufus Castle and then followed the coast path (north) to The Cuttings Quarry. I've just realised that Ted has photo bombed my photo of the quarry. 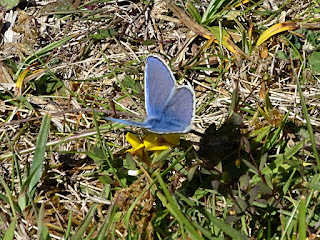 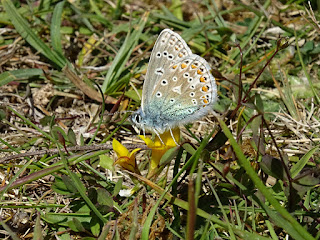 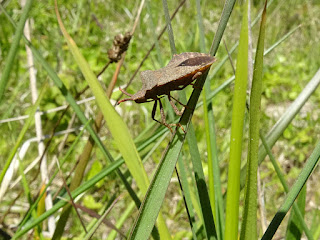 The last leg of my walk was along the Mermaid Track where I came across another Common Blue, plus this Dock Beetle. In the trees a Chiffchaff was singing. 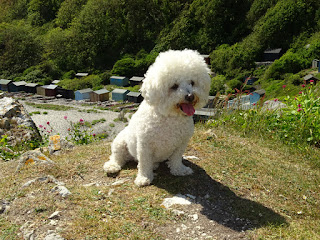 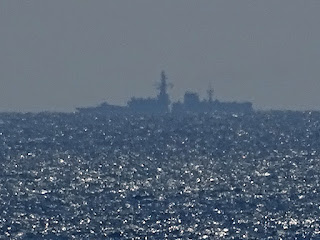